Our Musical Entertainment for Fall Festival 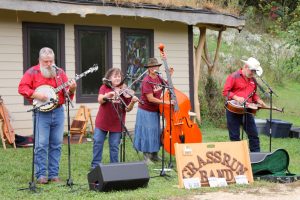 We have two incredibly talented musical groups that will be performing for us at Fall Festival on the Farm. GrassRun Bluegrass Band is returning for their second year to share their acoustic, bluegrass harmonies. Dave, Gary, Annie, and Cindy “contribute various musical experiences, mutual respect, and a creative admiration for one-another on stage and off.” Their band has played together for years, learning how to play all sorts of instruments from the guitar, a dobro, a fiddle, a banjo, a doghouse bass, mandolins, an autoharp, and a dulcimer. Their influences come from preceding musicians like Bob Dylan, Jon Denver, Bill Monroe, and many more. 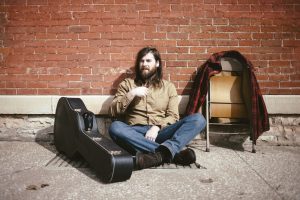 Also performing is Luke Callen! Luke Callen is a hard driving finger-style guitar picker originally from the Mississippi Valley of La Crosse, WI.  Pulling from the traditions of American folk, blues, and country music-Luke has one foot in the past and one foot in the here and now.  Echoing the voices of Pete Seeger, Woody Guthrie, Ramblin’ Jack Elliot and Townes Van Zandt-Luke crafts songs of people, places, and time. From a small porch in Madison, WI-learning from ear the songs of Harry Smith’s Anthology of American Folk music a short six years ago-to campfires, classrooms, honky tonks and clubs-Luke brings his humble sense of humor and humanity to any ear that will listen.  With his guitars, banjo and harmonicas in tow, Luke has played hundreds of shows spanning both coasts, the American west, south and heartland.  His debut solo record “I’ll Take it With Me”-recorded in Eau Claire, WI is set to be released in October of 2017. 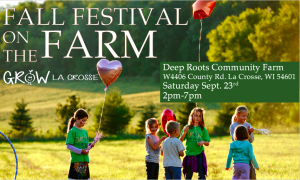 As the summer commences, we are holding our last camp for the season. Seeds for Success Camp provides kids with a hands-on, visual representation of a true farm to table experience. The campers from the Boys and Girls Club spend their week at People’s Food Coop cooking their own healthy meals and also at Deep Roots Community Farm harvesting and farming. At the end of their experience, the parents have an opportunity to see what their children learned at camp at our Seeds for Success Dinner. Here, both parents and kids get to taste the delicious dishes they make from scratch. At our last dinner in June, the campers (with help from their counselors) baked an enticing Shephard’s pie, homemade hummus, and a strawberry rhubarb pie for dessert.

Feel free to join us for the Seeds for Success Dinner on Thursday, August 24th from 5:30-6:30 at the West Salem Boys & Girls Club. If you are interested in attending, please contact Jamie O’Neill at jamie@growlacrosse.org.

Thank you to the Robert & Eleanor Franke Charitable Foundation, a supporting organization of the La Crosse Community Foundation for the support to make this program possible. 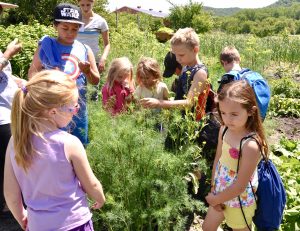 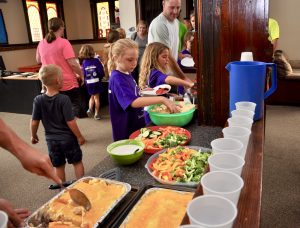 Posted On July 28, 2021
Bugs in The Garden and Beyond!You are invited to a special Open Garden event this Thursday from 8:30 to 10:30 am at Hintgen Elementary School…

Make your own pickled garden veggies!

Posted On September 17, 2018
Students at GROW school garden lessons are learning about food preservation. We were able to pickle some freshly picked garden vegetables. Here is the recipe.…